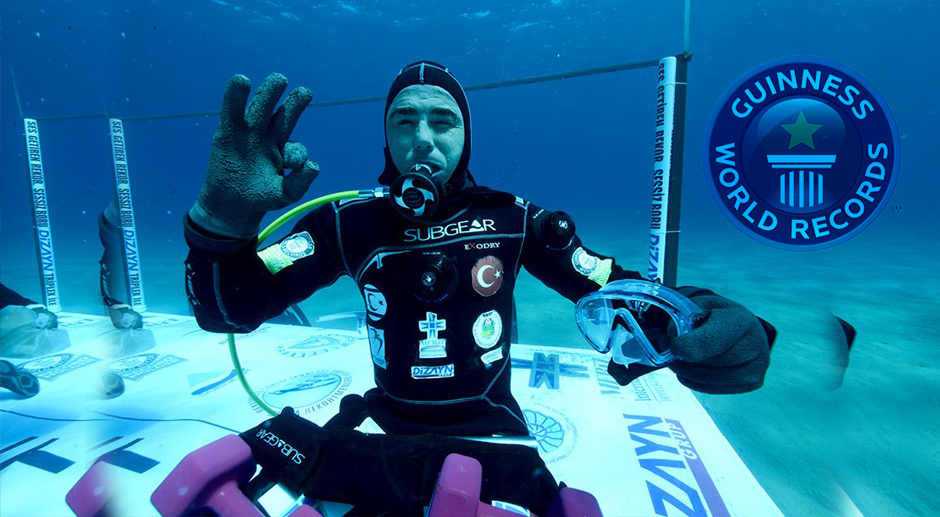 On the 24th of April, a Turkish diver set a new world record for the longest open water dive in cold water.

Cem Karabay broke a new Guinness World Record. He began his submarine attempt on April 23 and set a Guinness world record with 30 hours and 20 minutes early on April 24 at the Underwater Marine Park on the island of Gökçeada, the largest island in Turkey.

Every second that Karabay – also known as “aquarium man” – was underwater in the Turkish Aegean, he was followed by Şeyda Subaşı Gemici, who serves as the representative of Guinness in Turkey. Karabay competed against the Norwegian diver Nils-Roar Selnes of 15 hours and 10 minutes underwater in Eidkjosen, Norway in 2016.

Cem Karabay spent 30 hours and 20 minutes underwater in the marine park of the island of Gokceada, setting a new record in the Guinness category of longer open saltwater dive in cold water.

“I fulfilled the promise to break the world record”. “I considered the first 10 hours as an apprentice, in the second 10 hours, I trained as a day laborer, because I got better than what I learned, and finally, I became well versed in the last 10 hours,” in his 30 hours underwater, “Karabay said.

Karabay likes to make record attempts at important Turkish holidays and anniversaries. He broke a record on the twentieth anniversary since the date Troy had been listed as a World Heritage Site by UNESCO. In 2011, in Istanbul, Karabay also set the Guinness World Record for the longest dive in a controlled environment, which lasted 192 hours, 19 minutes and 19 seconds.