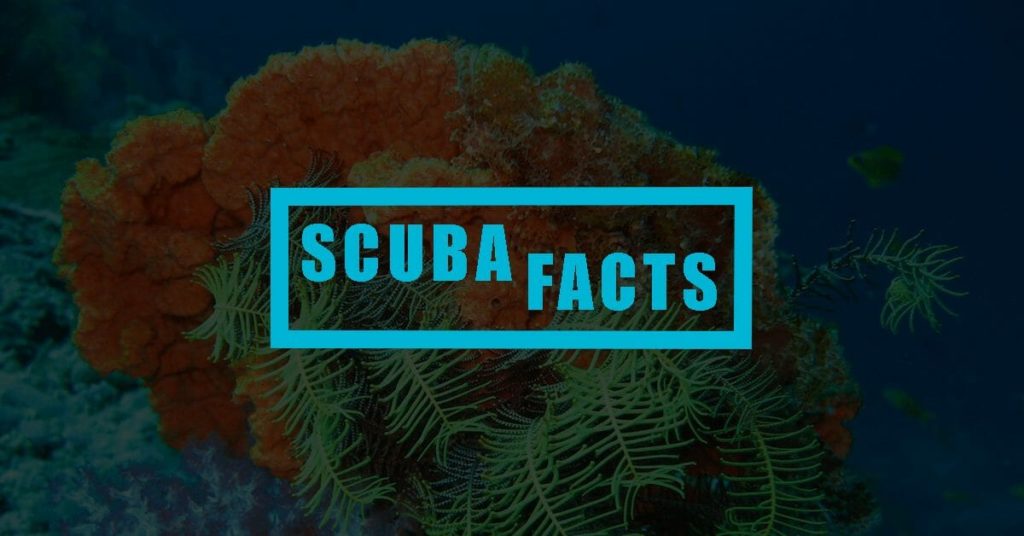 There are a few facts that most divers know. Facts such as SCUBA stands for Self Contained Underwater Breathing Apparatus or that the inventor of Scuba was Jacques-Yves Cousteau. But there are some others that might be a bit more unknown in the diving world. Have a look at these interesting facts about Scuba Diving:

1 – Jacques-Yves Cousteau was not only the inventor of Scuba Diving the way we do it nowadays but also one of the oldest divers in history. He was still diving at the age of 86.

2 – During the 2nd World War the British Divers were already using what they called a ‘Nitrox Rebreather’ at a depth of 30 m. For a long time hat was one of the best kept secrets by the Royal Navy.

3 – Even though Scuba Diving is considered as a risk sport, according to DAN, the fatality happens only once every 211864 dives.

4 – A broken toe is the most common Scuba Diving injury.

7 – Scuba Diving is doesn’t seem to be a ‘sport’ but actually your body burns more calories per minute than during many other activities. In tempered waters an average diver can burn up to 600 kilo-calories per hour. This is due to the heat loss underwater and the big effort of the body to maintain its temperature.

Better spend your time underwater than in the gym!

8 – Compared to other recreational activities Scuba Diving is one of the sports with the highest turn around of money worldwide (including all involved businesses like dive professionals, travel agencies, hotels, services, equipment manufacturers, dive organisations, insurances and many more). Surprisingly it overpasses activities like football or golf.

9 – The salary of a diving instructor is one of the lowest salaries in the sports industry, lower than camp monitor or sports animator.

10 – There are over 6 million active Scuba Divers in the world.

11 – The most common reason why people don’t want to participate in Scuba Diving is the fear of sharks (which, as we know, is not reasonable!).

12 – Coconuts or humans, as a comparative, are more dangerous than sharks. Coconuts kill an average of 150 humans a year, sharks only 8-12. Humans kill 30 million sharks a year and eat a lot of coconuts.

Watch out for the coconuts!

13 – The most trained specialty ever is Underwater Photography.

14 – The PADI Open Water Diver is the most  popular diving course in history.

15 – If you could dive at all the spots of the world within the limits of recreational diving (40 m), you would dive only 4% of the oceans.

Scuba Diving is a passionate sport. If there is something that divers love more, other than diving, it is to talk about diving. Don’t forget these interesting facts until your next conversation!