Amazing Facts About The Puffer Fish

Everyone knows the puffer fish. Even non-divers. It is a very famous animal for being a very special dish in Japan.  Puffer Fish presents some curious and very specific characteristics within the animal kingdom. There are about 120 species of puffer fish that live mainly in the warm waters of the Indian, Pacific and Atlantic oceans. About 30 species live in fresh water. We all know that the puffer fish can inflate and everybody think that it is poisonous. But is that all? Let’s see some curiosities about this lovely particular fish.

Is it true that the Pufferfish dies after inflating twice?

Puffer fish inflation is a defensive measure, and as such, there is no limit to the number of times an individual can inflate (and deflate). If the fish is inflated on the surface, it is likely to ingest air. The air can be difficult to expel and can cause the death of the fish, since the fish floats and can not leave the surface. However, if the fish is inflated under water, it only ingests water and has no problem deflating once the danger has passed.

The “two inflation” rule sounds like biased information based on research data from James Cook University in Australia. They were checking to see if puffer fish hold their breath while inflating to force the ingested water to stay in their stomachs. It turned out that was not the case; the puffer fish continue to breathe while they are inflating.

However, they discovered that the oxygen consumption of the fish when inflated is five times higher, and that it took more than five hours to return to the regular metabolic levels. That’s pretty strenuous for those little ones, so after swelling 3 to 8 times in a row during the experiment, they stopped swelling. Unlike the experiment, puffer fish in their natural environment do not inflate continuously. They can inflate many times throughout their lives as needed. So, it is not true that they can inflate just twice in a lifetime.

If the fish is inflated on the surface, it is likely to ingest air. The air can be difficult to expel and can cause the death of the fish, since the fish floats and can not leave the surface.

Could you die from eating Pufferfish?

The answer is simple. Yes. The puffer fish contains a deadly toxin for humans. If we simply take a puffer fish out of the water and cook it, the chances of this being our last meal are very high. Although, this toxin is not distributed throughout the body. So, an expert chef or perhaps a marine biologist, could prepare the puffer fish by removing the toxic parts and cooking those toxin-free ones.

This is the case of the famous Fugu, the delight of Japanese cuisine. In Japan, Fugu sashimi is an institution. It is eaten during a specific time of year and, usually, on very special occasions. It is also used to regale an important person. Its preparation and management require the chef a hard discipline learned for three years and he must have a special license. Even so, in many Western countries the Fugu is totally prohibited by law.

Curious facts about the Pufferfish

1 – Puffer fishes vary in size from a 2 cm (1 inch) long the pygmy puffer fish to a giant freshwater puffer fish of 60cm (2 ft.) long
2 – How do puffer fish swell? They ingest large amounts of water (and sometimes air ) to increase the size of their body, transforming them into strange, ball-like creatures. The transformation and rapid size increase frightens predators
3 – Scientists believe that the puffer fish developed this tactic as a method of self-defense because they are poor swimmers who can not escape danger quickly
4 – A puffer fish contains enough toxin to kill 30 humans. It is called tetrodotoxin and up to 1200 times more poisonous than cyanide
5 – This tetrodotoxin is a substance that makes them disgusting and lethal to fish
6 – Sharks are the only species immune to the puffer fish toxin. They can eat puffer fish without any negative consequences
7 – There is often a relationship between the body’s coloration and the amount of toxin produced by the fish (brighter colours are often associated with a large amount of toxin in the fish).

Puffer fishes vary in size from a 2 cm (1 inch) long the pygmy puffer fish to a giant freshwater puffer fish of 60cm (2 ft.) long.  A puffer fish contains enough toxin to kill 30 humans. It is called tetrodotoxin and up to 1200 times more poisonous than cyanide.

8 – The puffer fish has only four teeth fused in the peak-type structure. They use their teeth to open mussels, clams and shellfish. Puffer fish also eat algae and different types of worms and crustaceans.
9 – The teeth of the puffer fish never stop growing. They really continue growing until the last moment of their lives
10 – The average lifespan of the puffer fish is around 10 years. A Pufferfish reaches sexual maturity at the age of five

Because it is an exquisite delicacy in Japan, there are some areas where the puffer fish is suffering the effects of over fishing. Even so, in Japan, breeding tests are being carried out and they seem to be quite successful. Despite the fact that their number is fairly stable in the world, puffer fish are vulnerable due to over fishing, ocean pollution and the loss of natural habitats.

END_OF_DOCUMENT_TOKEN_TO_BE_REPLACED 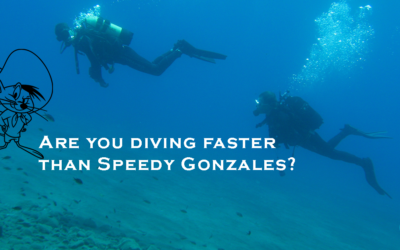