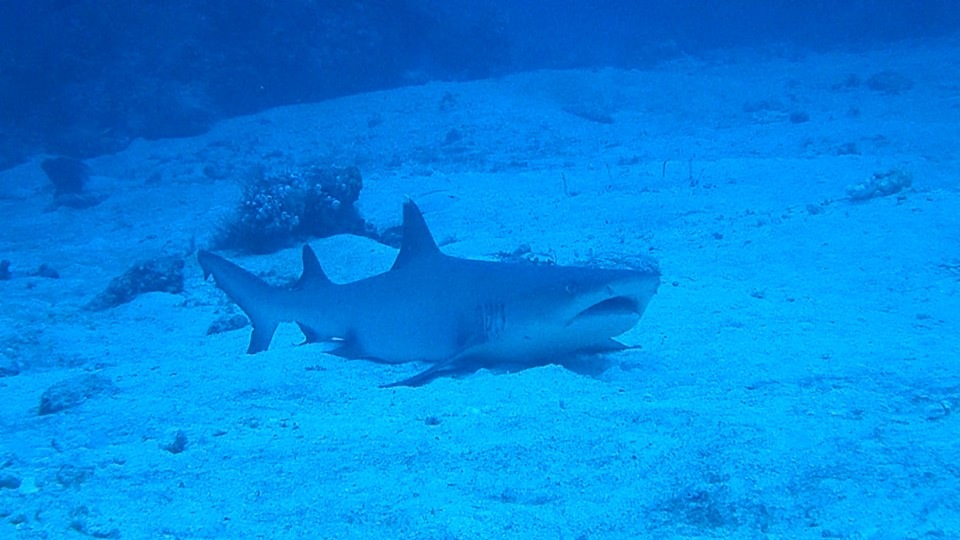 When people hear someone shouting “Shark!”, most of them will hurry up like roadrunner and are not seen again. Others imagine images from some scary and bloody old movies. Not divers though. We divers don’t fear sharks. Divers are different!

Probably we are some of the few living being on the planet that instead of swimming away, we gently move towards this awesome creature of a shark. Why do divers act so different? The answer is simple! Most of us have had at least once the great opportunity to meet these magnificent animals face to face, beyond their fierce fame.

We divers have crossed the border of fear to realise that sharks are also shy, playful, curious, with their own social rules and behaviours, and worthy of our most absolute admiration. Unfortunately, due to its reputation of terrible sea monsters lurking in the depths, today most shark species are endangered.

Not only that, but as we commented in our article “15 Curious facts about diving you most probably don’t know”, the fear of sharks is one of the main reasons why people do not try diving. Something that seems pretty sad and irrational to us.

So, as divers, we must accept the role that has been given to us. We are practically the only ones that love sharks. We are the only ones who value their presence as something extraordinary beautiful. And possibly, we are the only hope for the survival of these elderly inhabitants of the planet. We must accept that we, the divers, have been entrusted with the task of protecting the sharks. Each one of us!

We divers are practically the only ones that love sharks and value their presence as something extraordinary beautiful. And possibly, we are the only hope for the survival of these elderly inhabitants of the planet.

ARE SHARKS REALLY AS DANGEROUS AS ADVERTISED?

According to the World Health Organization, below you see the list of the deadliest animals which shows how many humans/year die due to an encounter with:

Thus, an animal that causes 10 deaths per year worldwide, from our point of view should not be considered as a potential killer. As it is commonly known, the majority of those attacks are provoked attacks (usually a shark caught in a fishing net or on a hook fish). The vast majority of attacks are non-fatal. In any given year an average of 10 people die from shark “attacks”. Doesn’t seem too much if you keep in mind that nearly 1.3 million people die in car accidents each year, which makes an average 3.287 deaths/day. An additional 20-50 million are injured or disabled.

In any given year an average of 10 people die from shark “attacks” worldwide. Doesn’t seem too much if you keep in mind that nearly 1.3 million people die in car accidents each year.

Unfortunately, there is only one cause of this problem, sadly it’s us – human beings!

The biggest threat to sharks, skates, and rays is overfishing. Shark fins are particularly sought after for both, traditional chinese medicine and shark fin soup, considered a delicacy in Asia.

Commercial fisheries are also having a major impact. Bycatch is the unintentional capture of a non-target species. Fisheries targeting tuna and bill fish, in particular, have a high impact on sharks.

Rays and skates are also under threat from unintentional capture in commercial fisheries. They are greatly impacted by bottom trawl fisheries as they are mainly bottom dwellers. Bottom-dwelling sharks are also impacted by this fishery.

All sharks depend on healthy ecosystems to survive and find prey. Habitat degradation includes effects from climate change, pollution, and destruction of areas, such as mangroves and reefs. These areas are used for both, breeding and finding. Also they provide protected habitat for young sharks pups.

Baited drum lines are used along populous beaches to measure sharks from entering popular beach areas and prevent shark attacks against humans. Though baited drum lines are supposed to be safe and ethical deterrent, they have a high kill rate, especially among more vulnerable younger sharks.

HOW CAN WE HELP TO PROTECT SHARKS?

1. Learn all you can about sharks! The most important thing to help sharks is to learn about the different sharks of the world, their habitats and their behaviors. Only then will we understand how different human activities put them at risk and which species of sharks are most threatened. By being aware of the problems you can discover more effective ways to help.

2. Do not use products that contain shark! Obviously, not consuming any shark meat helps a lot. But don’t ignore that there are many more products than just shark meat on the market. Cartilage and shark oils are found in a wide range of products, from beauty articles to health nutrition. Please, before consuming any product, make sure it does not contain any material from the shark.

4. Reduce your consumption of seafood and fish in general! Commercial fishing reduces populations of their food sources, especially sharks that depend on bone fish as their main source of food. If we all consume a little less of products that come from the sea, we will be able to reduce not only the massive depopulation of the seabed of our planet, but the amount of accidental fishing by sharks and other animals like dolphins.

One of the biggest threats to shark species is garbage. With the voluminous plastic twists and spills, sharks (and many other species!) often mistake trash for food.

5. Reduce, Reuse, Recycle! This point is quite basic and well understood by any lover of nature. One of the biggest threats to shark species is garbage. With the voluminous plastic twists and spills, sharks (and many other species!) often mistake trash for food. The plastic is also consumed by the marine species that are part of the diet of sharks. Do you want to know how you can help? Check our article 14 easy daily actions against plastic pollution

6. Report if any abuse! If you live near the oceans or are on vacation, if you see someone abusing sharks, speak up loud! Whether others are rummaging, pushing or illegally hunting them, tell the authorities what you have seen. Most countries have protection for local marine species. If someone is mistreating a shark, they can help defend it by informing the authorities.

8. Spread awareness in social networks! Social media is a powerful tool to spread awareness about sharks and shark conservation. The next time you read an interesting article or a blog post about sharks, share it with your social community. You can start by sharing this article with your friends!

Sharks are incredible creatures, social, curious, playful. They exist of all types and have survived 400 million years. After all this time, it is now when the final game is played. We divers have a leading role in it. It is in our hands to conserve them or let them disappear. Start today with these basic tips that we have given you. As we used to say in our series “Be an ocean gardener“, each small action adds to many small actions that end up generating the great change. It’s time to save the sharks! Let’s start now!!!