The Mediterranean Sea – A Forgotten Jewel

When one thinks about the best diving destinations, we almost always imagine tropical waters, white-sand beaches and vibrant colourful corals. But there is a place, a place full of history, where everything started. Here, lies one of the most biodiverse regions in the world. It features some of the longest cave systems among the most spectacular underwater landscapes and dreamlike sunsets.

Take your camera, because today we travel to the charming Mediterranean Sea!

About the Mediterranean Sea

The Mediterranean Sea is an intercontinental sea. In the north it’s surrounded by Europe, in the south by Africa, and Asia in the east. It is the largest enclosed sea on the planet. The Mediterranean Sea holds incredible 17 000 incredible marine species, 25% are endemic to the region. Whales, dolphins, sharks, rays, crustaceans, groupers, barracudas, and a huge variety of colourful fish are just a few of things to see here. Even the ocean sunfish (Mola mola), the heaviest bony fish in the world, can be found in the Mediterranean’s temperate waters.

The Mediterranean Sea is surrounded by Europe in the North, Africa in the south, and Asia in the east. It is the largest enclosed sea on the planet and it holds 17 000 incredible marine species, of which 25 % are endemic to the region.

Water temperatures are cooler here and coral growth is slow. Combined with the rocky bottom it creates one of the most spectacular underwater landscapes in the world. You will see canyons, caverns and caves, submerged mountains, staggering drop-offs, and species-rich plateaus. The variety is amazing.

The Mediterranean is also the final resting place for countless wrecks, including 2000-year-old merchant ships, world war II wrecks, aeroplanes, submarines, and even an ancient greek city! This region has become one of the largest underwater museums in the world. Millions of experienced divers visit the Mediterranean Sea every year to sample sites that are just as beautiful as any other diving destination in the world.

Here are just a handful of the best scuba diving sites you can visit while travelling in the Mediterranean:

The Wreck of Zenobia, Cyprus 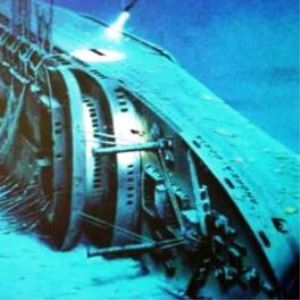 A ferry that sank on her maiden voyage in 1980, she now lies on her side at a depth between 16 and 42 metres. With a length of 172 m, this stunning wreck site is suitable for divers with a range of experience levels. Divers often return to this site on account of its size and wealth of things to see. It is a huge wreck and often appears in the top 10 wreck dive sites published across the world.

The Wreck of Zenobia It is a huge and often appears in the top 10 wreck dive sites published across the world.  Divers often return to this site on account of its size and wealth of things to see

Starting at a depth of 7 m, this natural wonder makes you feel like you are diving on the edge of the world. The drop off, that descends into the abyss, starts at 7 m. Here you’ll be surrounded by a gallery that faces the open ocean.

Only recently discovered as a top dive site, Chios holds a huge variety of sites including vibrant and healthy reefs, caves, sheer-vertical walls and historic shipwrecks. Chios is an excellent location for both, beginner and advanced divers, with fantastic year-round visibility and consistently warm water.

Ustica is famed for high biodiversity, barracudas, amberjacks, groupers, nudibranchs, loads of octopus, lobsters, and stunning rays that glide gracefully past. The sea is normally very calm, the current is moderate and the visibility is generally very good. It is an ideal location for divers of all competencies. 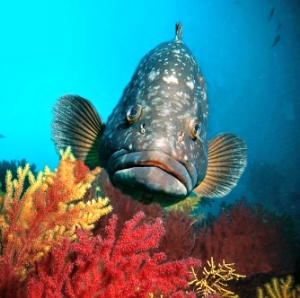 The Medes Islands are a group of 7 small, rocky islands along the north coast of spain. They got declared as a protected area in 1983, which makes ‘Les Medes’ one of the oldest marine reserves in the Mediterranean Sea. Diving in Medes is like a trip to the past, before the global issue of overfishing devastated so many sites. Here the marine life is bustling and healthy. Big groupers, snappers, sargos, octopuses, thalassoma, cuttlefish, lobsters, big crabs, rays, and intricate nudibranches all populate this region. If you are lucky, visiting turtles will make this dive a once in a lifetime experience.

It would take a lifetime to dive all the wonderful places that the Mediterranean has to offer. It has been forgotten since a long time on the lists of the best places in the world. Now, it claims its place as a world-class destination with spectacular reasons.